Reform & New Zealand Education: Why we need to look in our own back garden….. June 8, 2018 mrdweb Building Resiliency, Creative Thinking, Education Policy, Education Reform, High Order Cognitive Skills, Innovation, Inquiry Learning, Learning Through Play, Modern Learning Environments, Problem Solving, Socio Emotional Learning, Student Centred Learning, Student Directed Learning, Teaching Curriculum through Play Comments - 0 Views - 1316
Recently New Zealand has been honoured with visits from some of the most highly regarded international movers and shakers of the education world. In March, Sir Ken Robinson presented his vision for an education system that values creativity, innovation and curiosity as precursors to successful student learning outcomes. More recently, Pasi Sahlberg has shared the many components of the Finnish education system that has seen it highly regarded and successful on the international stage. Both these educational leaders, alongside their esteemed peers, all advocate different aspects of a very similar message. That an education system needs to have a firm foundation of key values and principles that reflect the society in which it is created to serve. Sahlberg has spoken recently about the importance in obtaining equity within an effective education system. A system which serves all those within it, rather than those who have access to it, or those who can succeed within it. Robinson has continually advocated for those who are often overlooked for their creativity within the traditional school setting. 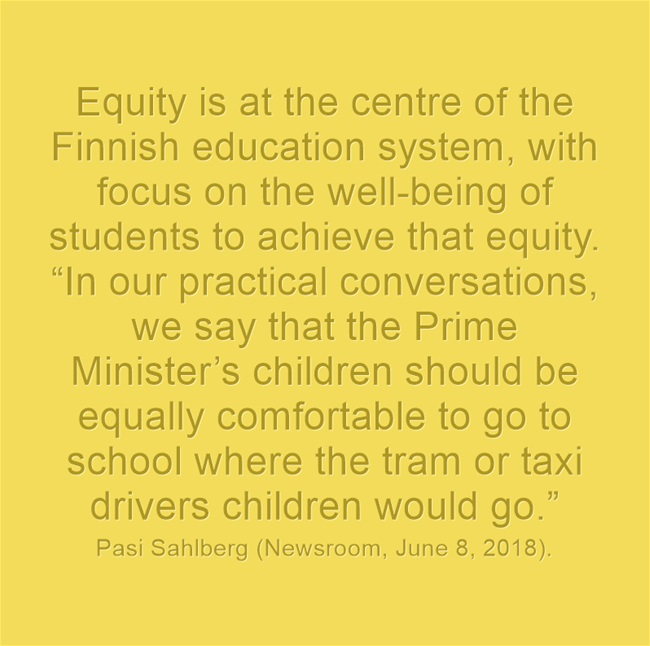 The past decade has seen New Zealand education following in the shadow of other international education initiatives intent on ensuring higher academic standards and teacher accountability, among other foci. Much of this policy direction has resulted in similar outcomes to those seen in the United States and United Kingdom, from which inspiration for these approaches was taken. Those vocal in their concerns regarding this direction have, on many occasions, promoted alternative models, such as the Finnish and other Scandinavian systems. Similarly, many have journeyed to Reggio Emilia for Early Years inspiration. These systems reflect approaches that are developmentally responsive, focused on holistic learning and have at their core values that reflect key 21st century skill development. So why then does New Zealand continue to look to less successful international models for inspiration? 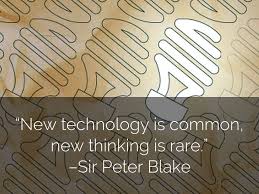 With the recent reform initiatives now underway in New Zealand, perhaps it is time to ask some more deep seated questions about what underpins our education system and what values should inform the direction this system should head in. Sahlberg, in his recent New Zealand events outlined the value wellbeing has within Finnish society, and therefore how it is reflected in education policy. He advocated moving from a focus of achievement, to one of equity, best achieved through holistic approaches to teaching and learning. Through equal access to education, children have the same opportunities to high quality learning. This, in turn, leads to a sense of well-being and self-efficacy, and potentially a desire to contribute back into New Zealand society.
So what values would reflect New Zealand if policy were formed around what Kiwis hold near and dear to their hearts? What does it mean to grow up in New Zealand and participate in an education system that reflects the most important values of all Kiwis? New Zealand has a reputation for hosting a range of adventurers, innovators, pioneers and DIY’ers. The Number 8 wire mentality that sees Kiwis macgyvering their way through life. Whether Māori or non Māori, our ancesters all arrived here through the challenges of a sea voyage to a place so far south of anywhere else known to our early ancesters. If a new immigrant to New Zealand, the decision to uproot from what is known (whether by choice, or by situation) and relocate to a small country at the bottom of the South Pacific is an equally adventurous one to make.
So we are bred from some adventurous stock, putting ourselves into a situation where we are required to overcome challenges in order to better our ‘lot’ in life. However, this adventurous streak didn’t stop in our relocation to Aotearoa. New Zealand is proud of its adventurous leaders, including Sir Edmund Hillary, Jean Batten and Sir Peter Blake travelling around the world to conquor further challenges. Equally adventurous and legendary within New Zealand were Māori adventurers, such as Kupe and Tamatea, exploring the ruggedness that was Aotearoa in their day. 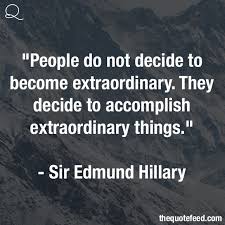 Not just adventurous and resilient to challenges, Kiwis also hold their own against the wider world when it comes to innovation and creativity. Whether we are exploring scientific thought through chemistry by splitting atoms (Sir Ernest Rutherford), or contributing to world-leading DNA research (Maurice Wilkins); thinking creatively and innovatively on battlefields (Te Ruki Kawiti, Charles Upham, Keith Park), or behind the scenes in espionage (Nancy Wake); inventing and innovating in out-of-the-box type thinking (Robert J Dickie, Ernest Godward, Colin Murdoch, Burt Munro and John Britten) or contributing to the world of culture and creativity (Sir Peter Jackson, Frances Alda, Colin McCahon and Katherine Mansfield); and leading social change by inspiring others to challenge injustice (Kate Sheppard, Rewi Alley, Dame Whina Cooper) New Zealanders have not sat complacently on our island of paradise waiting for the rest of the world to lead the way in adventure, creativity, innovation and world change. This spirit has driven New Zealand to be a highly regarded, small but fierce leader that the world, at times, is required to sit up and watch. Our anti-nuclear stance and our protests during the Spring Bok tour all demonstrate that we may be little, but we have a lot to contribute. 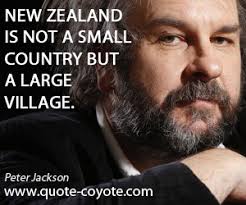 So what does this mean for our current education reform? Should we be modelling our ideals, our education values and aspirations from those countries who seem to be getting things right in their neck of the woods? Or should we be looking back on what drives our nation, what we have already done and what we will have to contribute in the future? New Zealanders have all the values we need – we don’t need to be aspirational from other countries. We have all the experience we need – we have and continue to meet many challenges as our society learns to knit together from all walks of life and background. So perhaps it is now the most ideal time to really decide, as a nation, on what our values and ideals are as Kiwis, so that we can establish our own pathway as educational leaders of the world. So that we can set our own path to meet the educational needs of our future generations, through the lense of values and principles important to New Zealanders instead of following the lead of others. Whatever the direction our education reform discussion heads in, one piece of advice policy makers should heed is Sahlberg’s warning – to rush reform is to ruin it. This is a considered process and should be given the time it warrants. Only then will education policy truly be built on a firm foundation of true Kiwi values. 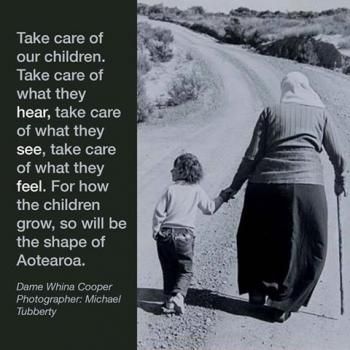