June 23, 2016 mrdweb Dramatic Play, High Order Cognitive Skills, Innovation, Learning in the Forest, Learning Through Play, Socio Emotional Learning, Student Centred Learning Comments - 0 Views - 1139
When children are engaged in dramatic, creative play of their own choosing, they are operating at a high level of cognitive and social development. Dramatic play allows space for the development of executive functioning skills, identified now as key skills for the modern adult world.
Almost three years ago, when Longworth Forest opened it’s doors, creative, dramatic play occurred occasionally. Now, I am privileged to observe this type of play happening on a daily basis.
This week, a large branch from a gum tree was felled in order to make room for a tree house. Once the area was safe, our learners couldn’t wait to visit the site. After an initial explore, our current urge for enclosures and hut building began. The first afternoon was taken up with dragging branches to the site. 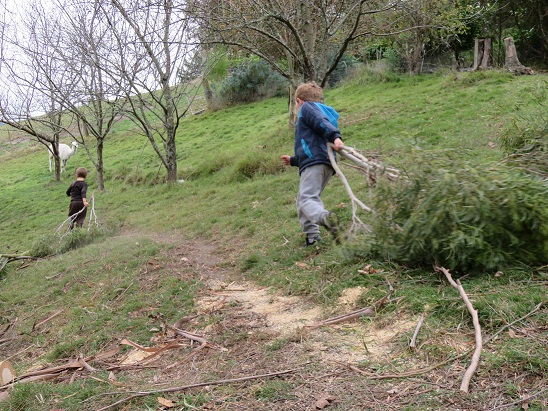 Although the first constructions were made by individuals or small groups, the high level of co-operation among our learners no longer surprises us. Branches were shared along with any problems that individuals happen to experience. Some branches were too heavy, so the older learners were only too happy to help fix them into the best positions. 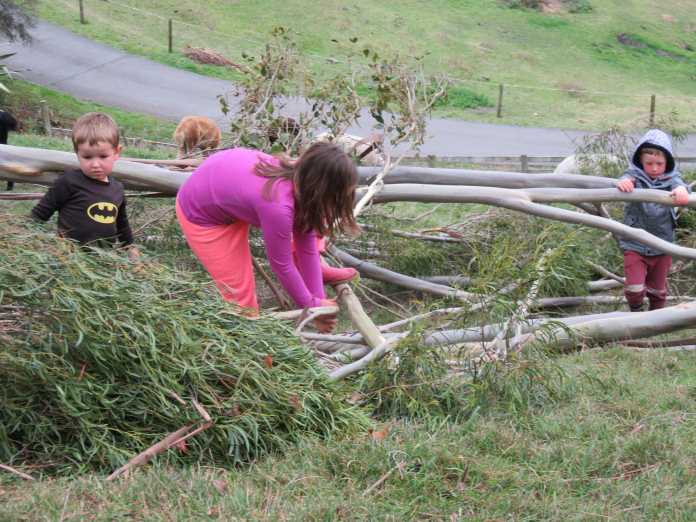 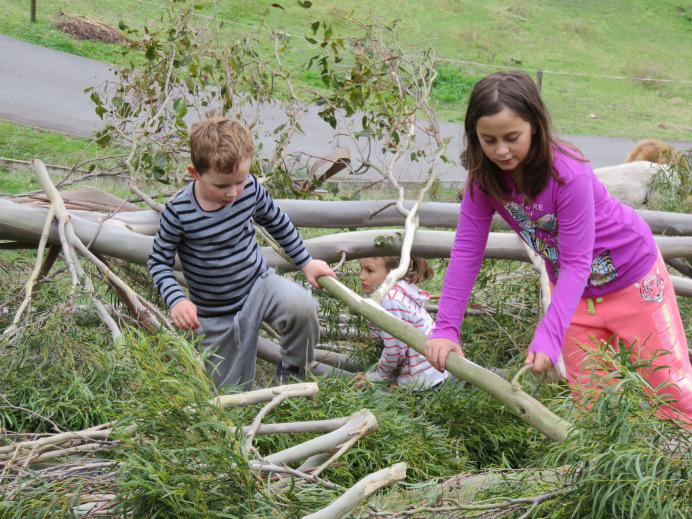 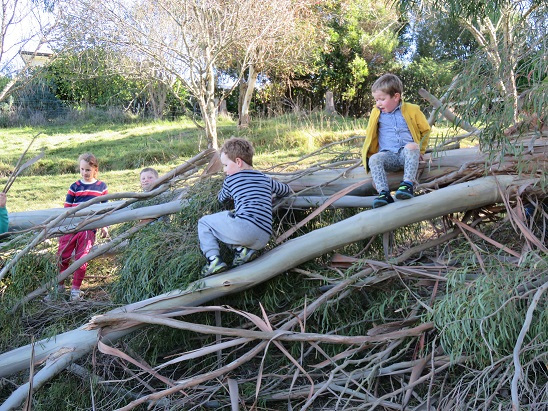 Work continued on the first afternoon for well over an hour. There was time for some risk taking. The tree stump was just too inviting! 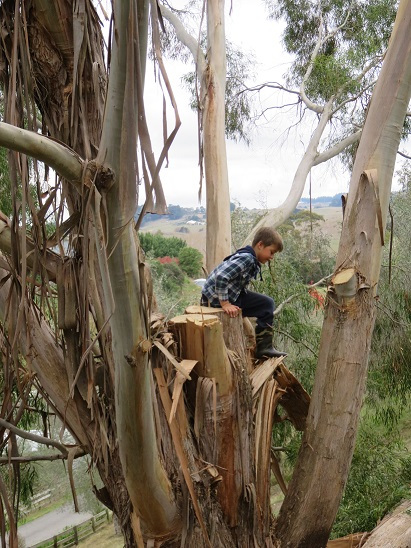 Just climbing along the felled branch proved to be risky for some learners. 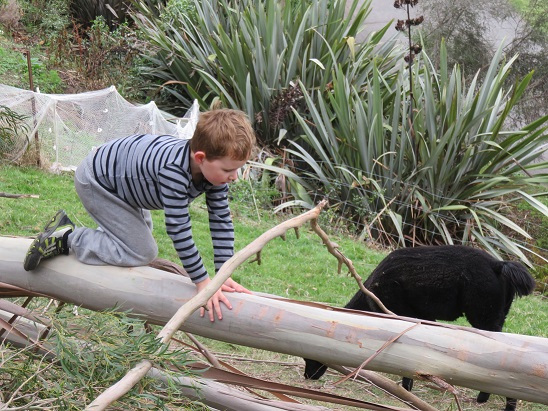 The next day, we took our lunches to the huts to enjoy the feeling of being enclosed. 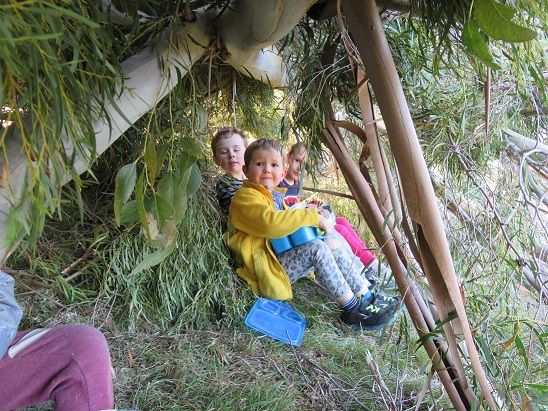 After lunch the enclosures suddenly changes shape and the two main ones were joined together to form one large construction that could house everyone. This seemed to”just happen” with very little negotiation. Here is the final structure. 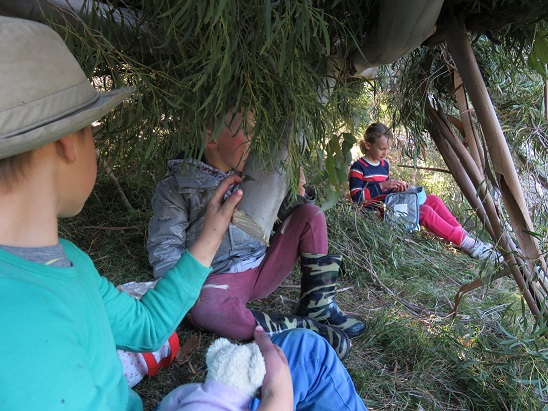 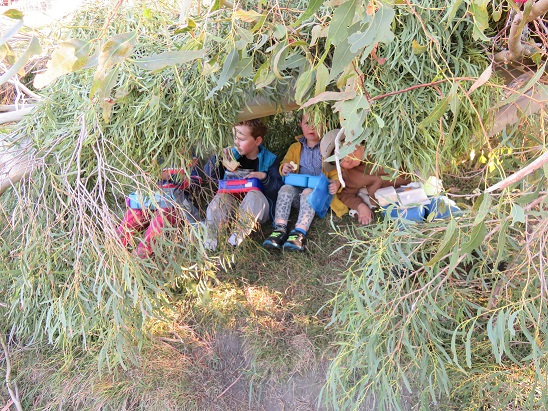 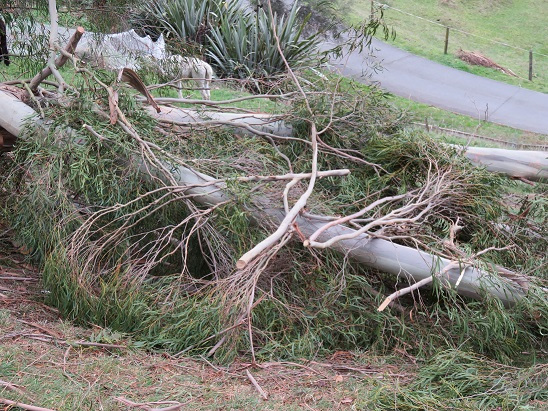 On the third afternoon, again by mutual agreement, the building phase was over and the dramatic play began. As with all creative, dramatic, play the twists and turns in the plot were hard for an adult to follow. I do know there were a number of tigers who had to be captured and trained. The most magical part of the play was their decision to create a new language. Our learners made up their own special way of communicating by substituting and altering letter sounds There was no place for adults in this self chosen play. No adult could teach or prepare for this level of learning. Once again it was a privilege just to observe.